Adventitious viruses and rubella in the Priorix Tetra batch A71CB256A 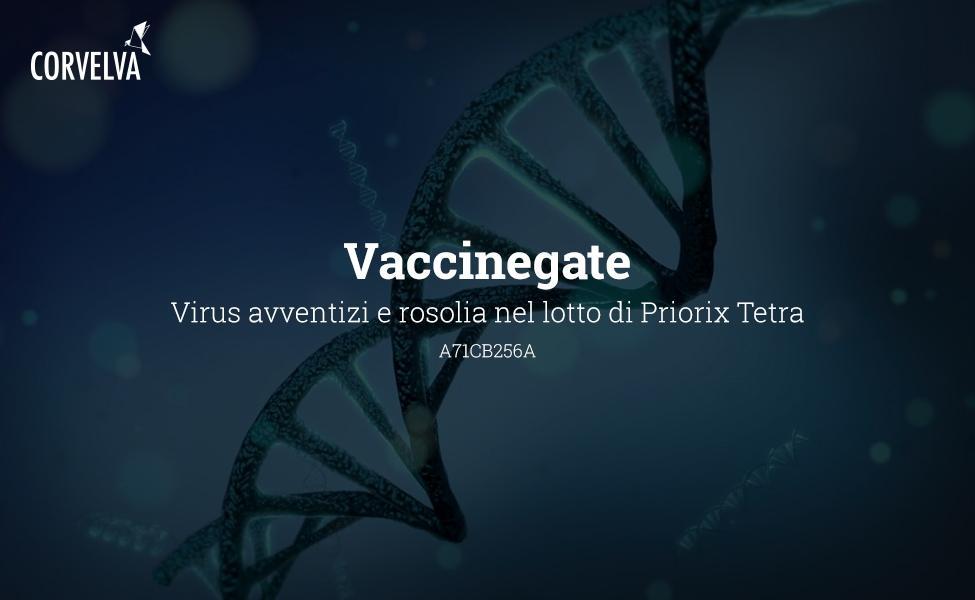 During the screening phase for the evaluation of contaminations and impurities of the Priorix Tetra vaccine, various critical issues emerged: the first concerned the non-detection of the rubella virus with the level of sequencing used; as this result doubted it was an error in the procedure used, the level of sequencing was considerably increased until reaching a very high depth (260 million sequences produced). In this way, the rubella virus was detected in 114 copies, equal to 0.00004% of the total of the sequences and through a manual reading of the sequences it was possible to eliminate any source of error of the software used and definitively confirm the presence of rubella in the sample.

Regarding point 1) we can question the ability of the attenuated rubella virus to act as an immunogenic antigen due to the negligible number of copies and the attenuation which further weakens its effectiveness, therefore we can consider it in all respects a sub-threshold contaminant

Regarding point 2) the list of adventitious viruses detected by screening through comparison with the sequences deposited in official databases contained a substantial number of viruses whose identification could have been erroneously attributed by the software that classified them, precisely because of the degree of uncertainty linked to the very low number of copies. To confirm their presence, it was necessary to check them one by one manually using a different software (BLAST) and it was thus possible to confirm the presence of the following contaminating retroviruses:

These viruses are known to be adventitious contaminants of vaccines and their potential hazard is known, which is why manufacturers are required to verify their complete absence in the vaccine.

It follows that from this in-depth analysis in this vaccine two non-conformities on efficacy and safety are confirmed:

As for the confirmation of the traces of other genomes found in the RNA-seq data such as 'unclassified bacterial and environmental viruses' which includes phage sequences, 'dsRNA virus' and 'unclassified RNA viruses ShiM-2016' which includes little known viral genomes, is further manual in-depth analysis is required to demonstrate the correct assignment and effective presence. The presence of the hepatitis B virus was NOT confirmed by BLAST analysis.

Below is a table summarizing what is described in the text: 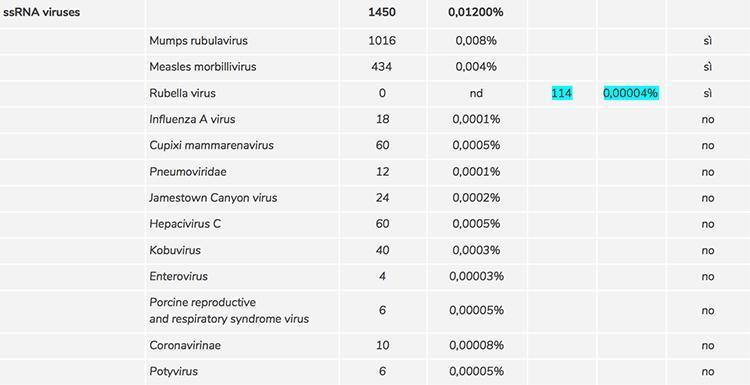 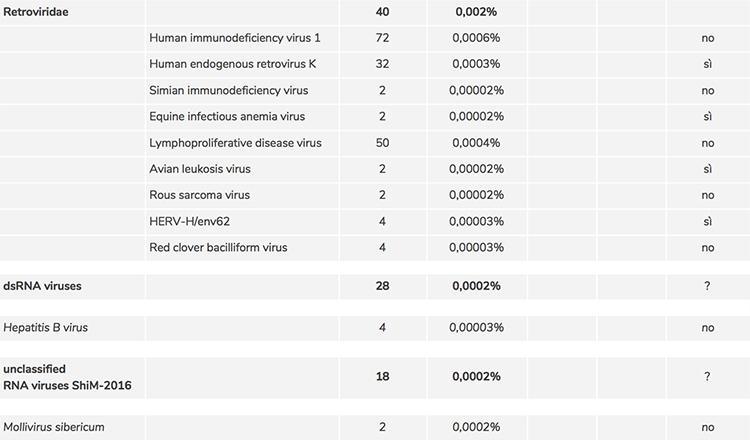